Coming out was definitely one of the hardest but best decisions I've ever had to do. I was fortunate enough to have a loving and accepting family when I came out. But this is not the case for everyone in the LGBTQ+ community. 1 in 4 LGBTQ+ youth are forced to leave their home after coming out. Also, 68% experience rejection by their own family. If I were to be chosen as a winner, then I would donate to the Resource Center of Dallas. They have programs in North Texas that addresses the challenges LGBTQ teens face at home, school, and in the community.

My drawing depicts me, a plus size, gay, trans masc individual, pre-op, standing shirtless in boxers that have the trans flag, a nonbinary flag tied around my neck, with a splatter rainbow flag background. A huge issue in the nonbinary community is that people often push the idea that nonbinary people have to look a certain way; skinny, white, perfectly androgynous, and usually afab. While I do fit some of these stereotypes, I'm not small (nor am I ashamed of being fat) and I'm not perfectly androgynous. I enjoy passing as a male, but I also enjoy presenting more stereotypically feminine and showing my body which is considered "feminine" by society's standards. I want to bring attention to the fact that trans and nonbinary people don't have a certain look, and that nobody is obligated to pass as cis, or present a certain way. I don't owe anyone masculinity or androgyny just because I'm transmasc. No trans people owe these things to anyone, we deserve to present in ways that are most comfortable for ourselves while still having our identities respected. With my art, I hope to educate people on these issues, and let other people know that they should do what makes them happy and hopefully inspire them to be their most authentic self despite what other people might think of them.

Coming out against the “norm” can only be fully understood by those who have done so or who are considering doing so. My piece of art (of alcohol ink on ceramic tile) entitled, “Looking up is Courage” is about how even during setbacks, it is vital to keep a positive attitude, no matter how difficult. Attitude truly is everything. Others can steal your civil liberties, but they can NEVER steal your hope or who you really are!

My entry seeks to solve the emotions that arises when LGBTQ+ people, but especially youth come out. My art hopes to raise awareness of not only the difficulty of coming out as your true self, but that the consequences of doing so can be extremely difficult. This can be especially true for the youth of our society. There are many LGBTQ+ teens who are disowned by their family after coming out. This does not merely endanger their psyche, but it often also endangers the youths’ physical being by suddenly becoming homeless. My entry tries to demonstrate that as complicated as coming out and being out can be, there is always hope, by understanding that “Looking up is Courage”. 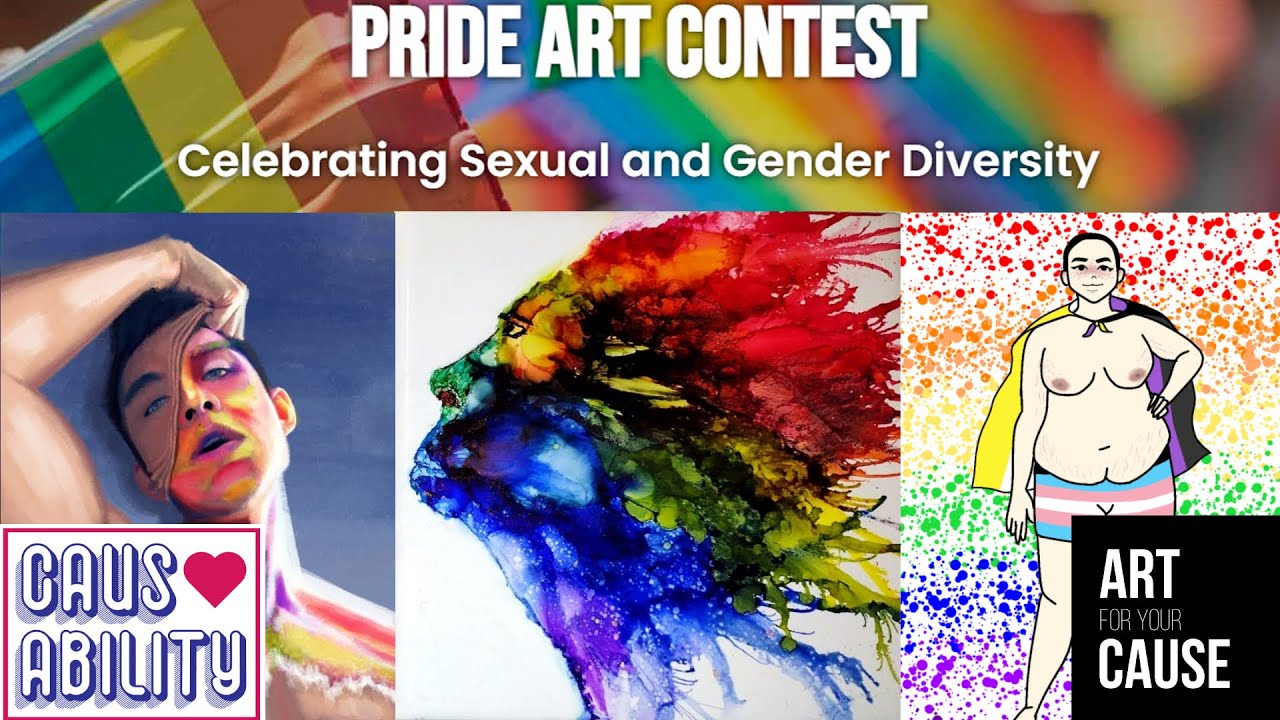 We Give Back So You Don't Have To Give Your Art Away...

Your artwork will be featured in our Amplifying Artists Online Exhibition in April 2021.

You'll receive a free online portfolio providing you with all the features in our artist dashboard, the ability to sell your work, and partner with nonprofits through Art For Your Cause.

stay in the know on all things art

We’ve created a new art news site that incorporates the best of all your favorite online art publications.

What Is Art For Your Cause?

Sign up for our newsletter & receive a 10% discount and a complimentary art therapy resource article.

Copyright © 2021, Art For Your Cause LLC. All Rights Reserved.